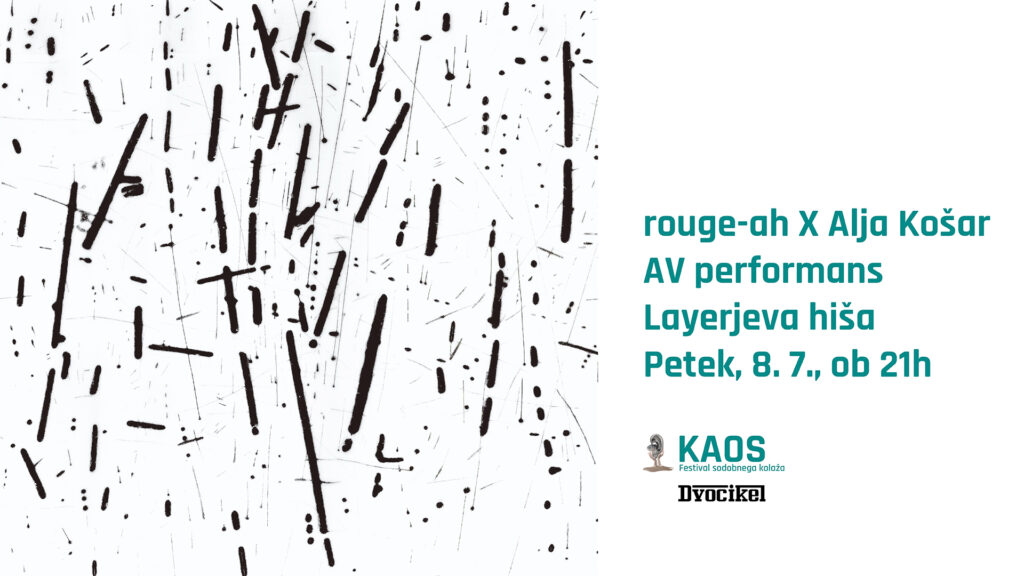 We combine the seemingly incompatible – visual images with sound – project called Dvocikel with the Kaos festival!

We host on the art residency between July 1 and 8:

ROUGE-AH – Urška Preis (1992) is a musician, harpist and visual artist born in Ljubljana. She is part of the music duo II/III together with electronic music producer Tinet Vrabič – Nitz, last years began to establish herself on the contemporary music scene with the solo project rouge-ah, with which she has already performed an enviable number of performances in Slovenia and abroad. In October 2018 she released her debut album bare.

Alja Košar (1990) received her master’s degree in 2016 at the Faculty of Education in Ljubljana, majoring in Art Pedagogy. In 2020, she completed her second-level studies in Painting, majoring in Graphics, at the Academy of Fine Arts and Design in Ljubljana. Košarjeva works in the field of artistic graphics. She exhibited at many exhibitions at home and abroad. She received awards and recognitions for her graphic works. She participated in two artistic residencies, in Italy (2016) and China (2017). She currently lives and works in Ptuj and in Maribor, where she is an assistant at the Faculty of Education in Maribor, majoring in Art Pedagogy.