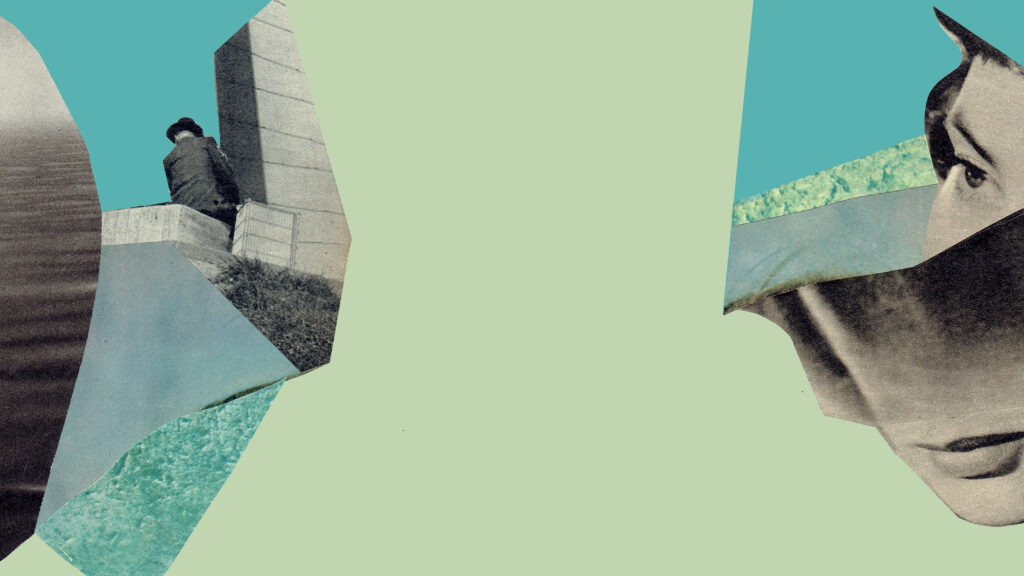 William Blomstedt: Postcards for the Next Quarantine

When we look at the enlarged collages made of pressed plant leaves on the street in front of the Layer House, they speak to us as a reminder of how we usually keep our eyes closed for the environment around us, and this is when we ask ourselves: “Have I ever seen anything more beautiful than what was created by nature?” We too are an integral part of the landscape in which we live. We are its consciousness. Collages made of plant leaves and bark are a group work by nature and a human being, Anna Rosa Tomšič Jacobs.

In her original illustrations for the book Lost Straw Hat, Anka Kočevar made masterfully detailed depictions of two natural environments, a mixed forest and a karst cave, one light and the other dark, one unspoiled and the other severely polluted. Natural phenomena such as the heat of the sun, wind, coldness and darkness flow into the viewer’s feelings. We perceive the subtle diversity and disorder and at the same time the fragility of the world as a space that humans should never have found.

Objects and photographs by Lucija Rosc have playful images in attractive vivid colours in a boasting abundance of contrasts between the domestic and the foreign, the natural and the artificial, past and present. A new shape is given to old patterns, collectible dust collectors and nostalgic specimens. Built into dynamic abstract compositions, they move away from the sentimental dimension of the generations that possessed them. With this new positive charge, they become invaluable souvenirs.

Reflections on litter are present in artworks that are full of detail, saturation, and textures in almost abstract scenes, based on the aesthetics of the ugly. Hana Černivec likes to look for the character of garbage that tells stories through dirt, decay and deformation. These are anxious and melancholic stories in which collapse, despair and rejection are narrated in short, fleeting songs. They are like discarded cigarettes; when you see more of them in a pile, they are like a visual cacophony.

One day in March 2020, when everything abruptly shut down and stopped, postal workers continued their work and carried William Blomstedt’s collages around the world. He was convinced that a new era of paper mail had arrived and he was sending them to friends and family to say: We are still here, we are in all of this together. Spatial and temporal distances and their relativity at crucial moments can be read in the Postcards for the Next Quarantine.